Galaxy Navigator 3D is a Windows app that lets you navigate the stars of our galaxy (the Milky Way!) and get a good feel for just how big it is! The app uses data files released by ESA, the European Space Agency, in September 2016.  The app shows more than 2 million stars, positioned with unprecedented accuracy.

How to use Galaxy Navigator 3D 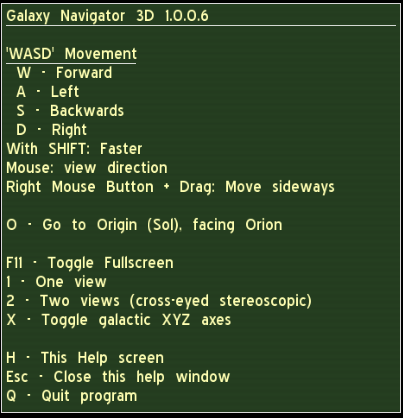 It really is full of stars!

These are example screenshots of running Galaxy Navigator 3D, showing the named stars in our vicinity. Click on them for a full-size view. The first screenshot is in cross-eyed stereo 3D mode.  They are from the screenshots page. 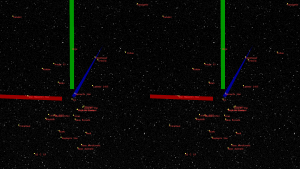 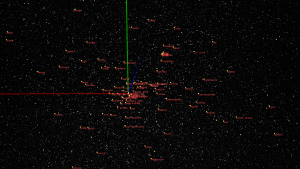 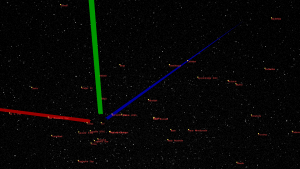 Closeup of Local Stars and Axes 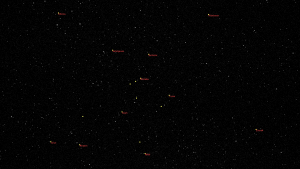 In September 2016 ESA, the European Space Agency, released a first taster of the data being amassed by its Gaia satellite. The satellite had been collecting data for more than a year, enough to accurately determine the sky positions of 1 billion stars. Because it had been collecting data for only one year, there was not sufficient information to calculate the actual positions in space yet. However, using data from a previous mission (Tycho-2) a subset of the Gaia data was released containing (among other) the precise positions in space of more than 2 million stars. Click on the image below to go to ESA’s Gaia page. 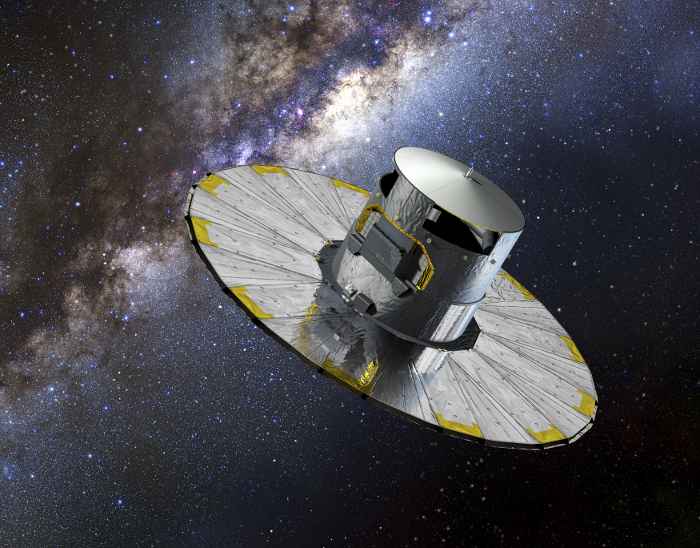 The Gaia satellite is scanning for stars in the Milky Way